On December 23rd 1938 Mrs Marjorie Cortenay-Latimer, curator at East London Museum (South Africa) got a call by fish trawler Captian Hendrik Goosen about an extraordinary fish caught close to Chalumna river mouth by his crew. Mrs. Latimer couldn't believe what she saw – she made some drawings and tried to preserve the fish – and contacted J.L.B. Smith, Professor of Ichthyology. What's happening then was one of the most spectacular sensations of modern science. Breaking news all around the world reported of the first ever find of a recent Coelacanth – a vertebrate order that was thought to be extinct together with the dinosaurs about at least 65 Million years ago. Until that fateful discovery these fishes were just known by fossils old up to 409 to 65 Million years.

So to find this fish was same as strange as to meet a living dinosaur. Mrs. Cortenay-Latimers discovery was even more spectacular as Coelacanths were suspects to be the vertebrates who first ever took a step out of water as a link of fishes becoming terrestrial amphibians in Devon (Eusthenopteron, Ichtyostega, Tiktaalik) age about 380 million years ago. The South African coelacanth fish was named Latimeria chalumnae and has following characteristics:

Coelacanths are a part of the clade Sarcopterygii, or the lobe-finned fishes. Externally, several characteristics distinguish the coelacanth from other lobe-finned fish. They possess a three-lobed caudal fin, also called a trilobate fin or a diphycercal tail. A secondary tail extending past the primary tail separates the upper and lower halves of the coelacanth. Cosmoid scales act as thick armor to protect the coelacanth's exterior. Several internal traits also aid in differentiating coelacanths from other lobe-finned fish. At the back of the skull, the coelacanth possesses a hinge, the intracranial joint, which allows it to open its mouth extremely wide. Coelacanths also retain an oil-filled notochord, a hollow, pressurized tube which is replaced by the vertebral column early in embryonic development in most other vertebrates. The coelacanth heart is shaped differently from that of most modern fish, with its chambers arranged in a straight tube. The coelacanth braincase is 98.5% filled with fat; only 1.5% of the braincase contains brain tissue. The cheeks of the coelacanth are unique because the opercular bone is very small and holds a large soft-tissue opercular flap. A spiracular chamber is present, but the spiracle is closed and never opens during development. Coelacanth also possess a unique rostral organ within the ethmoid region of the braincase. Also unique to extant coelacanths is the presence of a "fatty lung" or a fat-filled single-lobed vestigial lung, homologous to other fishes' swim bladder. The parallel development of a fatty organ for buoyancy control suggests a unique specialization for deep-water habitats. There are small and hard - but flexible - plates around the vestigial lung in an adult specimen, though not around the fatty organ. The plates most likely had a regulation function for the volume of the lung.

After discovery of this first death fish many scientists and adventurers were in hunt for decades to spot a living Latimeria in its habitat. The German scientist, diving pioneer and film-maker Prof. Hans Fricke spent most of his life on research of Latimeria. He talked to hundreds of local fishermen at west Indian Ocean shores. Finally at the islands of Comoros the fisherman told him about the places were they catch their so called “Gombessa” - a local name of Latimeria chalumnae and so he found out that the Coelacanths were located mostly in depths much more than 150 meters down in rugged deep-water canyons of ancient volcanic lava-streams with less flow. Fricke design the submarines “Jago” and “Geo” especially to entrance the unknown world of the Coelacanths deep down the Comorian sea. Finally on 17th January 1987 submarine “Geo” first ever spotted and filmed a living Latimeria chalumnae in its habitat at a depth of 198m.

This pictures and clips again went around the world and initiated a real Coelacanth roar in media, publicity and science.

Frickes submarine Team found out that Latimeria chalumnae is a very rare fish who is bound to rugged rocks with a lot of caves to hide in reach of much deeper areas were the fish hunt as drift predators using there adapted eyes and rostral sensor to find and catch its prey by one rapid snap pushed with her powerful tail. The Coelacanth has a very low metabolism and needs just about 300g fish a night. Fricke was impressed most by the ability of Latimeria to between the rocks using her fleshy fins most precisely. A typical behaviour is also to swim at place head straight downwards – it is still not exactly clear why the Coelacanth behave like this.

On December 1st 2000 a team of professional divers photographed three Coelacanths in just 107m depth close to Sodwana Bay South Africa. This was the first ever encounter of divers with Latimeria chalumnae. The pictures taken at this extraordinary event were most important for the authors scientific model as they first ever show the real colour and structure of the fish – especially of its eyes and the fleshy parts and pattern of its skin and scales.

These unique pictures provide also a lot of further anatomical details as the prepared and conserved fishes in several institutions and Museum are partly denatured or transformed by decay, drying and also by protein denaturation in formalin.

To present this details of shape, colour and behaviour - and also to spread the fascination of that fish out of time - the author decided to start a detailed hand modelling work of a Latimera chalumnae (male) individual in its habitat. Its all handmade without taking cast or even cast partitions of Latimeria material.

Ghost orchid - the hidden treasure of the forest

The mysterious Ghost orchid Epipogium aphyllum really is an enigmatic treasure. Its appropriate to claim that it is at the top of floral evolution. It's an complete myco-heterotrophic plant unbelievable rare to find - mostly in old, shady and almost virgin beech forests with old trees, a lot of deadwood, a thick layer of foliage detritus and high moisture.

The soil should never dry out, supplied by shifting ground water channelling out of eroded calcareous ground rocks. In its evolution this bizzare orchid interconnected its metabolism completely to saprobic fungus. This plant has no own roots, no leaves – not even chloroplasts (no photosynthesis). It is living subsurface in foiliage litter without sunlight, and any own nutritious grabbing organs – it is even not depending on seed production as it stabs horizontal stolon shoots with reproduction buds threw the beech foliage detritus waiting for a fungal infection to germ. The plant body of Epipogium aphyllum is a pale coral- or brain-alike structure. As obligate myco-heterotroph it obtains all nutrients from mycorrhizal networks involving basidomycete fungi that decompose the huge amount of rotting foliage litter at the ground - and further are in turn associated with the roots of the beech trees too. More precisely the fine underground network of fungus hypha (mycelia) spreading threw the soil to metabolize rotting floral detritus. By this they also get in touch with Epipogium bulbs and enter into their cells by passing special epidermal pores. Inside the orchid cells the hypha entangle to heap structures. By this enlarged inner osmotic surface the orchid is able to withdrew all its need nutrients out of the fungus hypha (epiparasitism). The orchid can survive this way for years and decades unseen in the fungal substrate down the surface. Only if the climate conditions are perfect - in rainy years with wet summers and al lot of air moisture - the plants grow special water filled bulbs in mid of July. Out of this bulbs a pale reddish flowering steam erects enfolding one to six yellowish unique beautiful orchid flowers. These for orchids quite unusual not reverse twisted flowers have pale whitish lips with purple sparks and helmet like nectar-less spurs on which they want to attract pollinators like wasps or hoverflies. Unfavourable at the almost vegetation free shady forest floor the delicate orchid is eaten up within hours by patrolling slugs. So flowering is just a mostly vain luxury for the mysterious Ghost orchid. 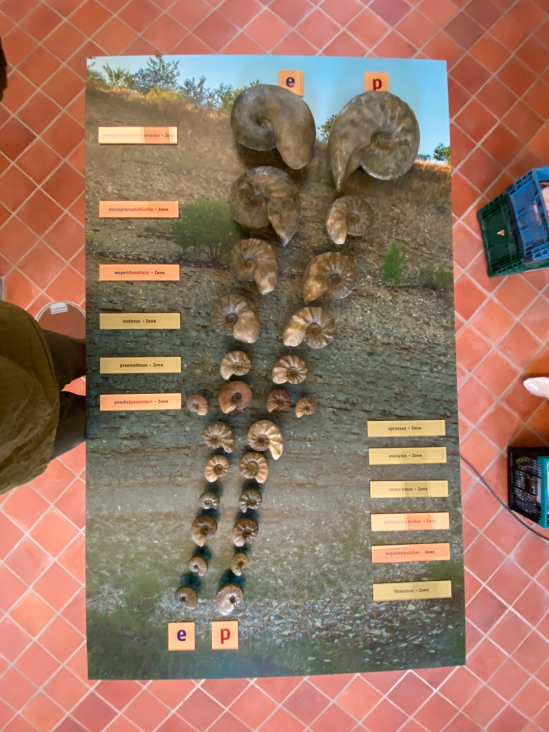 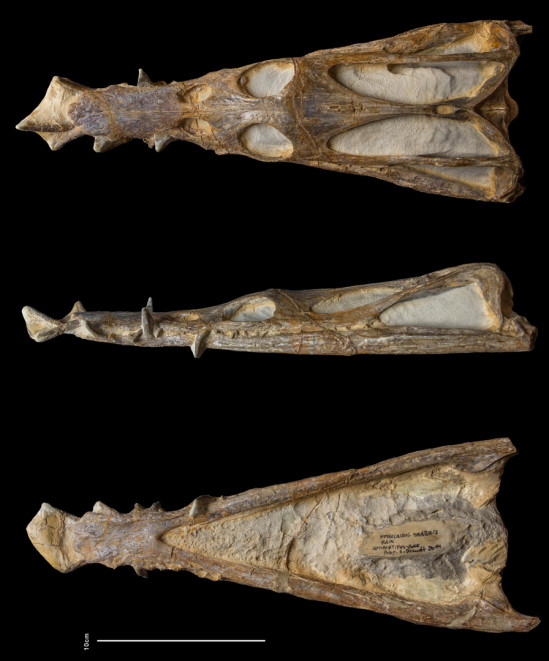 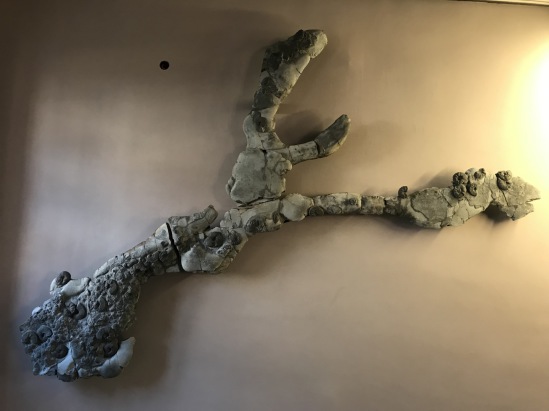 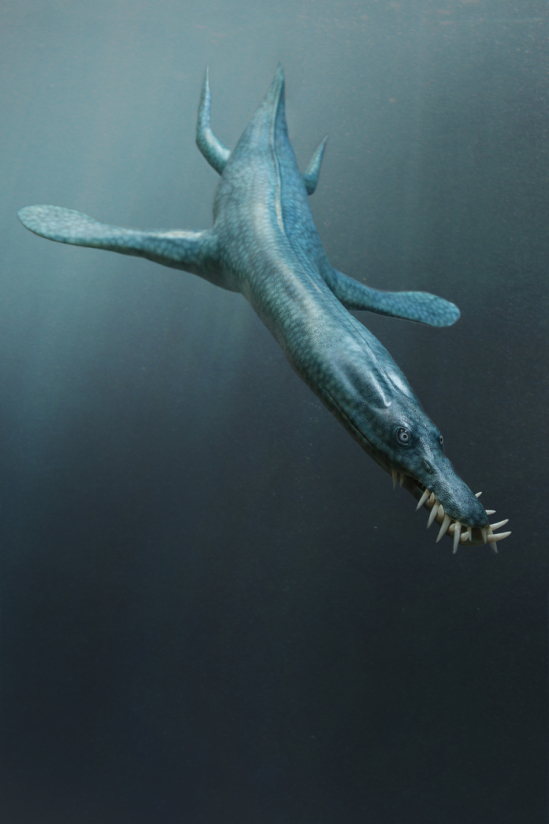 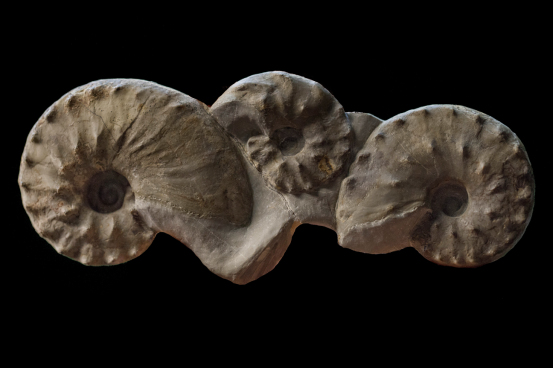